The exhibition was opened by Kazakh officials and representatives of the oil and gas industry of Kazakhstan. The event was attended by over 250 companies from 25 countries. The TEMP plant is one of the five companies that represented Ukraine this year.

Representatives of the plant met at the exhibition of old acquaintances, met and talked with leading experts of Kazakhstan’s leading oil and gas companies in the region and presented new developments of the TEMP Plant. 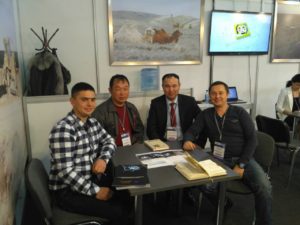